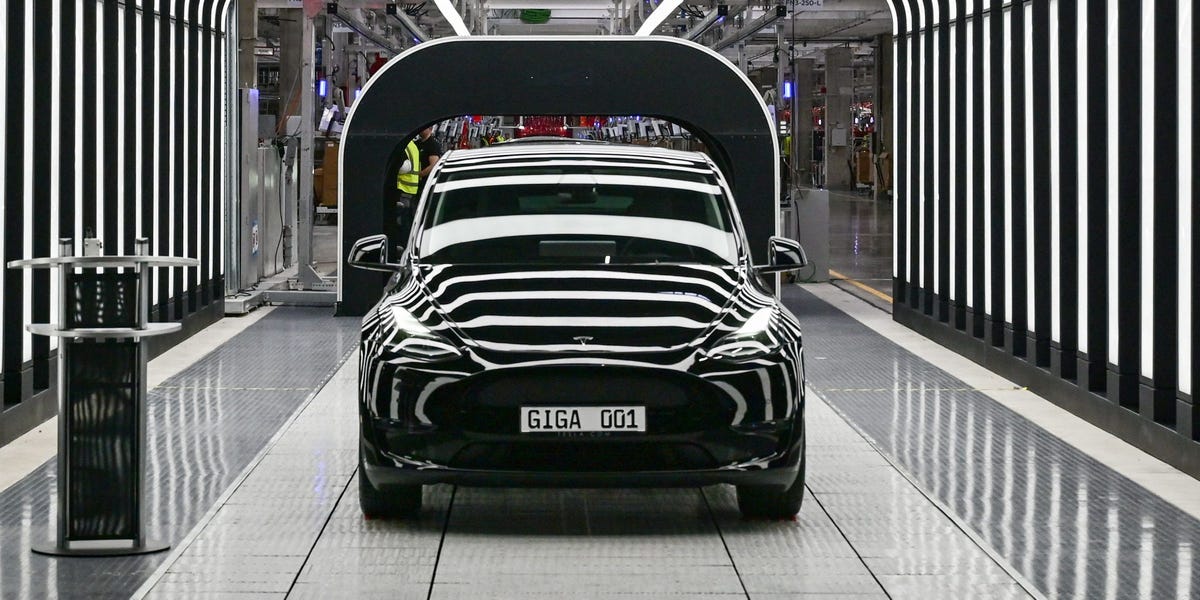 A Tesla buyer who has yet to take delivery of his car said the cost of his order was reduced by about $12,000 after complaining about missing out on major price cuts.

The man, whose identity is known to Insider but asked not to be named for privacy reasons, ordered his Tesla Model Y last July for $72,440.

After Tesla announced major price cuts earlier this month, he told Insider that he contacted Tesla via online chat to request a reduction in his order.

A representative told him that would not be possible. However, the next day the buyer was informed by email that the cost would now be $60,440. Insider saw a screenshot of the email.

Some Tesla owners have taken to Reddit to express their disappointment at missing out on price cuts from Elon Musk’s electric car maker.

A man who paid $72,000 for his Model Y in November said the cuts left him “crying in the fetal position”.

Another who said he got his Tesla in mid-December joked about “the sound of $10,000 evaporating” from his wallet.

On January 13, Tesla announced discounts for the Model 3 sedan and Model Y SUV in the United States of between 6% and 20%, according to Reuters calculations. Tesla had already cut prices by around 40% in Asia, leading some owners to protest outside delivery centers and showrooms after missing out on the cuts.

A Model Y Long Range now starts at $45,190, according to Tesla’s website, before the $7,500 federal tax credit some buyers may claim through March.

The price cuts contrast with Tesla’s approach in 2022 when it repeatedly raised prices amid supply chain disruptions despite concerns about the broader economy. However, rebates of $7,500 were offered late last year on the 3 and Y models.

Wedbush analyst Dan Ives said in a Jan. 4 note that Tesla faces “a fork in the road” in 2023 due to growing competition and falling demand.

Tesla did not respond to a request for comment from Insider.

Asked for a discount on your Tesla? Contact this reporter at stabahriti@insider.com